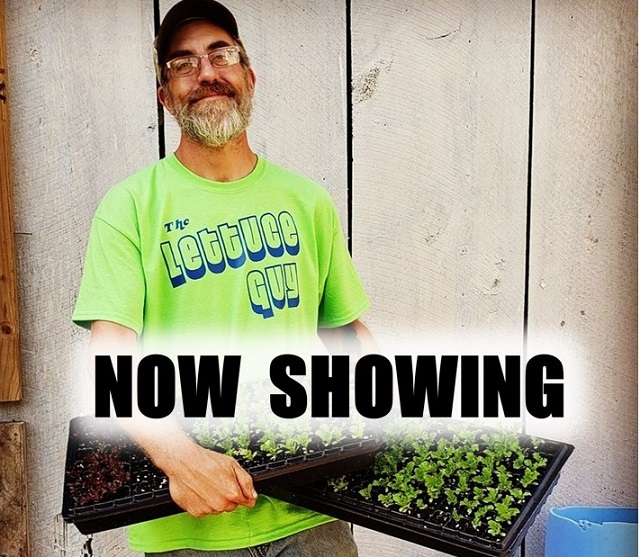 Dylan House’s journey to farming began in 2011 when his town was hit by a tornado, and he lost his job. He started growing his own food in square foot beds, and quickly realized that farming was his calling.

It took him longer to realize that, no matter how strong his faith, it wasn’t enough to pay the bills. He eventually had to go back to off-farm jobs. But he never forgot the feeling of freedom he had working for himself, and the pride he got from providing something of value to his community.

Finally, 4 years ago he found SPIN, and it showed him how to start thinking about food gardening as a business, and he could launch it right in his own backyard. That has made all the difference. Now he’s farming on 10,000 sq. ft., without leaving home.

With the help of his wife and two kids he’s pumping out his signature lettuce, spring mix and spicy mix. His salad mixes are so popular, many of his customers are happy to come to him for curbside pickup. He’s gone from calling himself a square foot gardener to the lettuce guy, and he has strong enough demand to use even more of his yard and become the full-time farmer he’s always wanted to be.

Go behind the scenes of Dylan’s farm as he relives his startup and see how entrepreneurship grew from a garden and flourished into a full-time business here.